Here’s an image of a brown trout in Big Santa Anita Creek.  While hiking along the Big Santa Anita Creek or Winter Creek, occasionally you might happen upon a fly fisherman working one of the pools that dot our beautifully shady canyon.  This picture was taken just last Tuesday at the base of a check dam between Roberts’ Camp and Fern Lodge Junction.  After being caught, this Brown trout was safely released back to its’ pool without any harm to it at all.  Brown trout, Salmo trutta, are not native to the Big Santa Anita Canyon.  It’s close cousin, the German Brown, can be found in the east and midwest sections of the United States.  This species of trout tolerates water temps between 60-65 degrees, so is especially well suited for our canyon’s stream.  Brown trout were introduced to the canyon years ago and continue to still survive the endless cycles of drought, interspersed by occasional El Nino induced deluges during winter months. 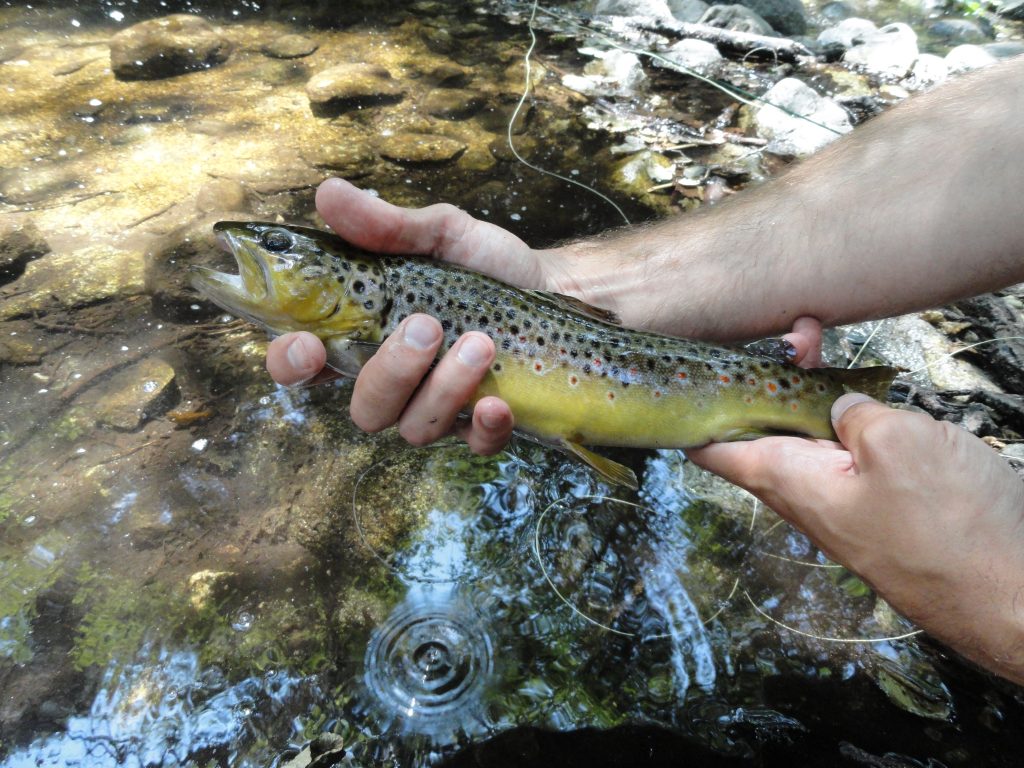 From the Chantry Flats’ Gabrielino trailhead, just head down the paved fire road to Roberts’ Camp or take the First Water trail to down to the stream midway between Roberts’ Camp and Hermit Falls.  Following any of the stream side trails, watch for Brown trout in some of the deeper, protected pools that offer some form of overhanging protection for fish.  Brush growing up to and over a pool’s surface, submerged logs and dark, rocky underwater hiding places are types of habitat that these fish can be found.