Skip to content
Posted on November 1, 2015 – Written by Chris Kasten

Here are some photos taken the day I rode my bike up to Chantry Flats to see how high the stream had become.  Photos taken during El Nino, Big Santa Anita Canyon, Chantry Flats back in 2005.  It was a huge El Nino year for Big Santa Anita Canyon and the rest of southern California.  At Sturtevant’s Camp we received over 89 + inches of rain that season.  Our  rain gauge actually overflowed during one of the storms, so the figure of 89 inches is only a “known.”   That gauge, up at Sturtevant Camp’s heliport, holds up to 23″ of water between readings!  We’ll never know how much really fell.

That year we lost the Chantry Road for over 10 months due to a massive slide above Arcadia.  We had an amazing amount of water pour down over the entire west coast of Southern California.  It’s been a decade since this kind of winter has been experienced!  Who knows just what’s in store for the Big Santa Anita Canyon and the rest of the San Gabriel mountains.

This photo shows the guard rail dangling out over nothing on the Chantry Road just down from the Big Santa Anita dam, Arcadia section.  January 10, 2005. The mountainside was so saturated with water, it eventually slumped down onto the road in just a few hours time.

Water pours over check dam adjacent to cabin #23, Big Santa Anita Canyon. This is the first dam you pass by when heading up canyon from Roberts’ Camp. Many of the check dams are over 50′ wide, such as this one, to give you some perspective on the scale of this scene. 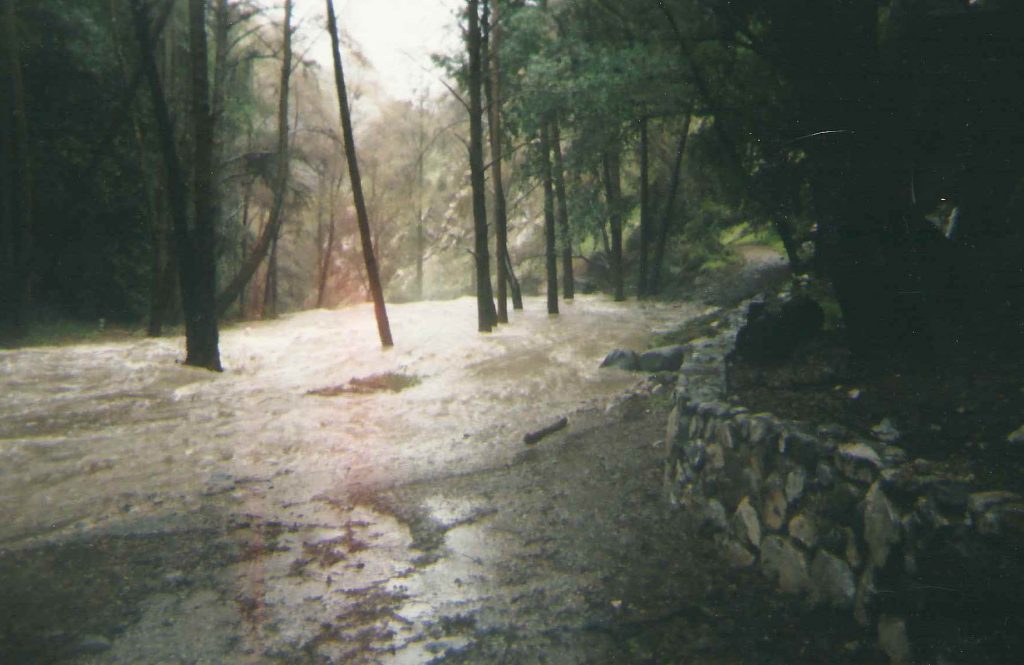 Looking downstream at water before it pours off a check dam in Big Santa Anita Canyon. That’s the retaining wall under cabin #26 on right side of photo. This was about as far up the canyon as I was able to go that day. January 10, 2005. 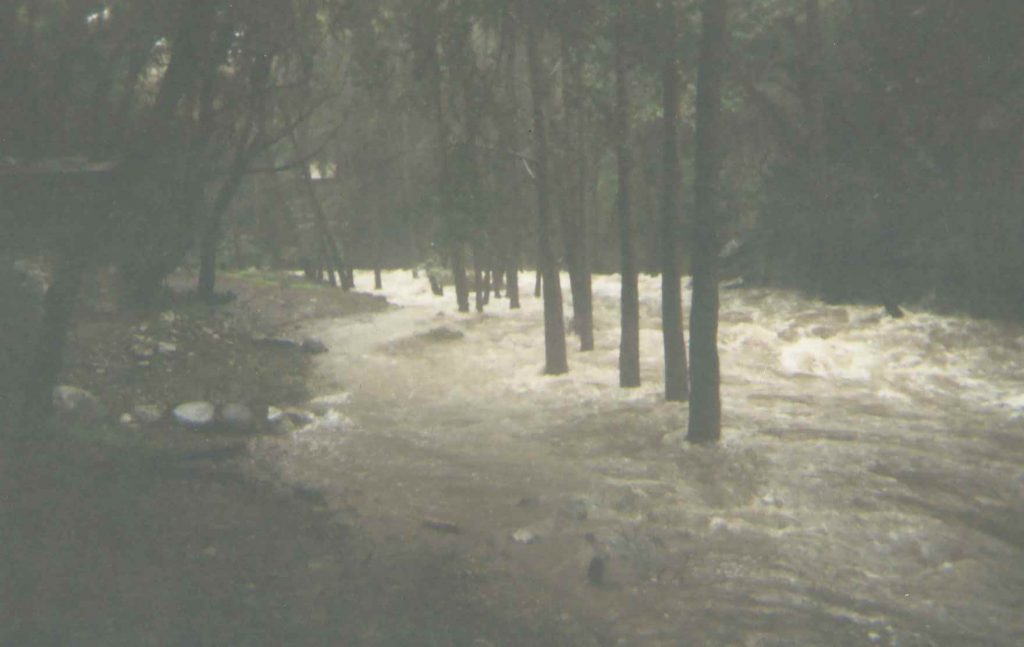 Looking upstream from base of cabin #25. That’s cabin #26 upstream on the left. Amazingly, that grouping of white alders hold their own in the swift current. January 10, 2005. 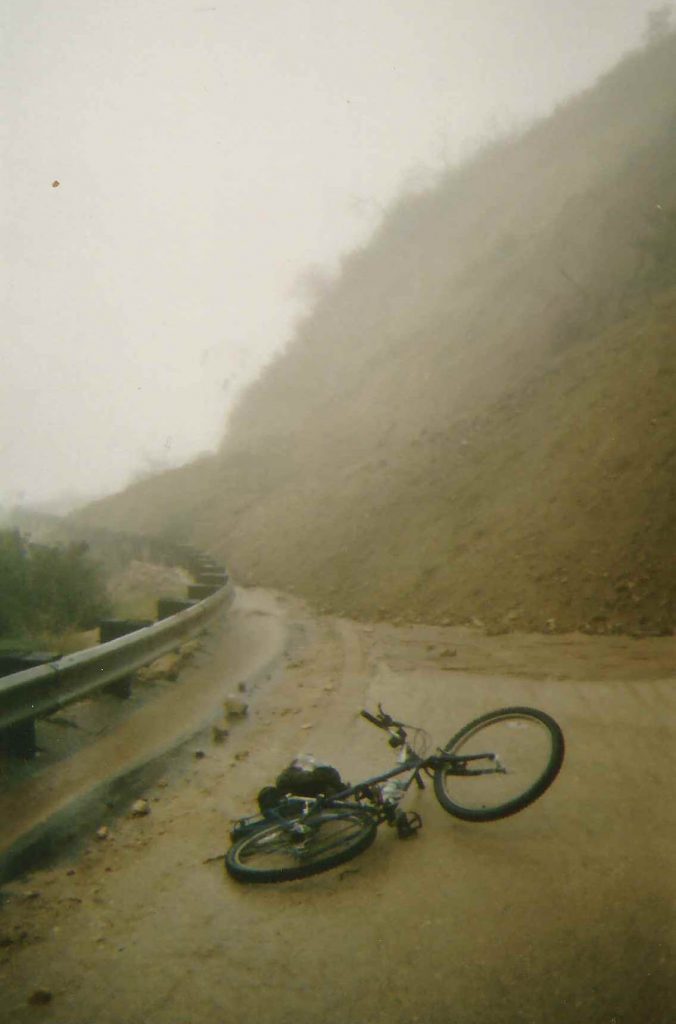 The road has washed out while I was up photographing the high water on January 10, 2005. That’s my bicycle in the foreground. Fortunately, I had left my truck at a friend’s house in Arcadia at the base of the road! Vehicles belonging to Forest Service employees and others were stranded up at Chantry for over 10 months before the road was repaired.