Skip to content
Posted on June 17, 2015 – Written by Chris Kasten
The following photos were recently taken while out hiking in three different canyons on the Angeles National Forest.  These three native wildflowers of the San Gabriel mountains are in full bloom as of this writing.  The first image, Crimson Columbine Aquilegia formosa, was captured along the East Fork of the San Gabriel River, just downstream from the confluence of Mine Gulch, Vincent Gulch and the Prairie Fork.  Its’ bright red and yellow created a vivid contrast against the thickets of white alder that line the stream course. 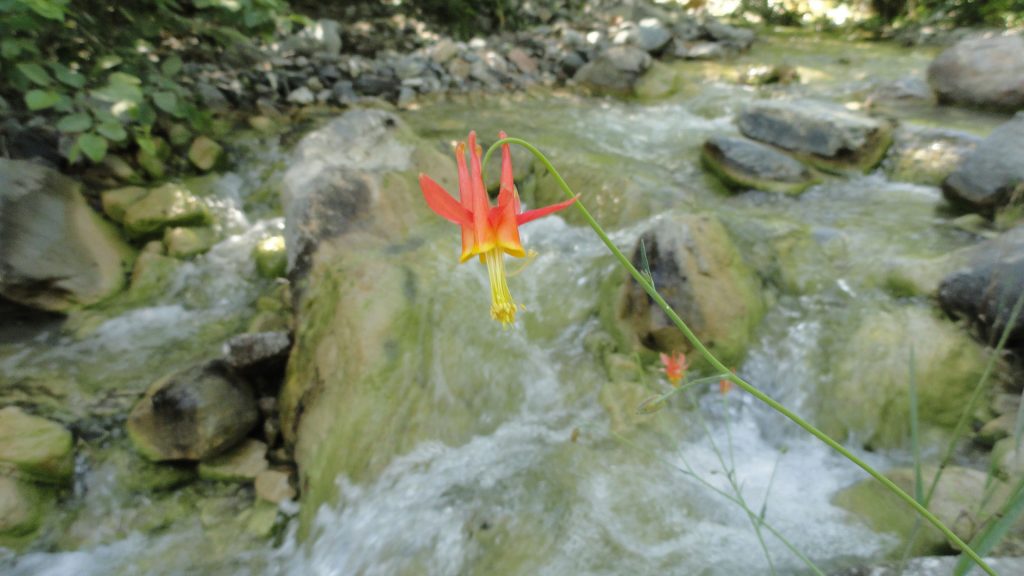 A solitary Crimson Columbine flower, Aquilegia formosa, leans out over the upper headwaters of the East Fork of the San Gabriel River. Photo was taken just downstream from Mine Gulch campsite, Sheep Mountain Wilderness. June, 2015

The second image, Humboldt’s Lily Lilium humboldtii, was taken in the Big Santa Anita Canyon between Fern Lodge Junction and Roberts’ Camp.  These lantern-like beauties favor June as their time to make their brief appearance. 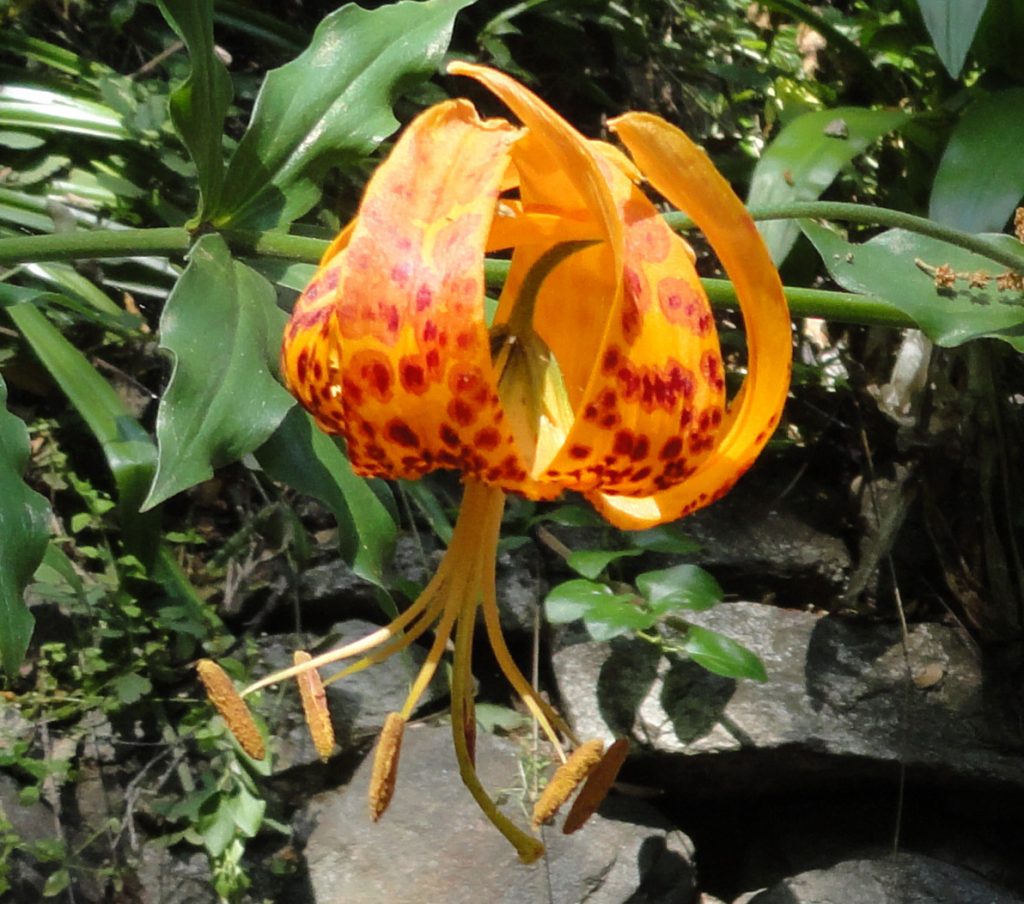 The purplish leopard spots against an orange background make for this unforgettable sight. The Humboldt Lily (Lilium humboldtii) growing here was found in Big Santa Anita Canyon, just upstream from Roberts’ Camp at the confluence of the main canyon and Winter Creek.

This final image, Heart Leaved Penstemon Keckiella cordifolia, was taken alongside the Gabrielino Trail in the Arroyo Seco, between Switzer’s Campground and the confluence of Bear Canyon.  This close-up view is taken amongst chaparral plants on warm southwest facing slopes. 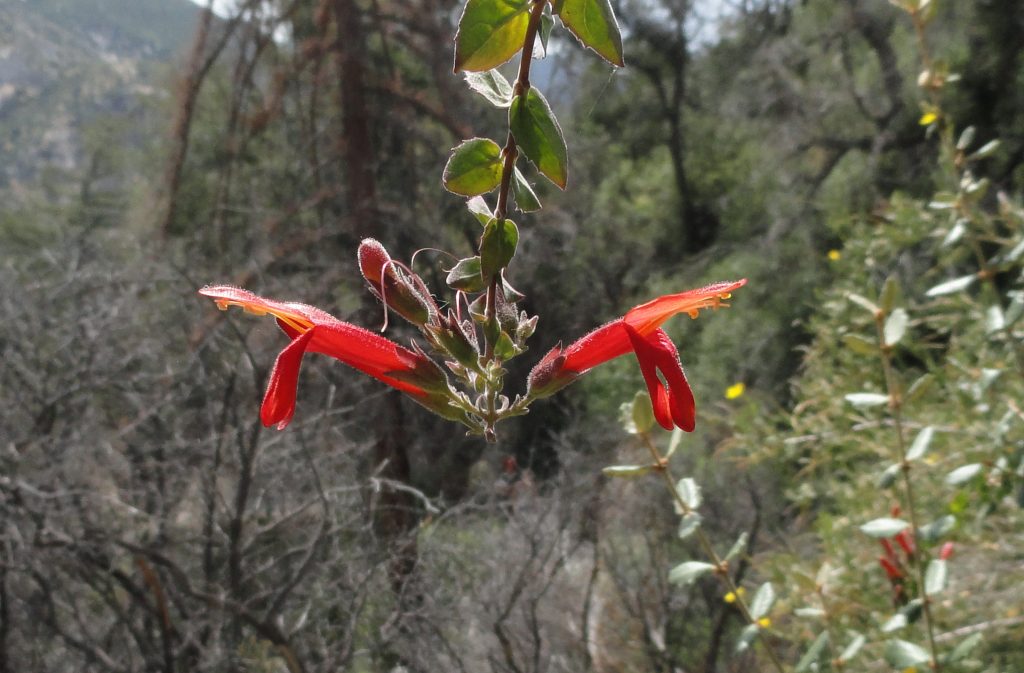 This symmetrical floral scene caught my eye while heading down the Arroyo Seco. Heart Leaved penstemon (Keckiella cordifolia) is a showy climbing vine that can be found throughout much of the chaparral plant community of the San Gabriel mountains.