Skip to content
Posted on April 8, 2017 – Written by Chris Kasten

The Good Mountains of John Steinbeck were referred to in the timeless novel “Grapes of Wrath”, written back in 1939.  For some 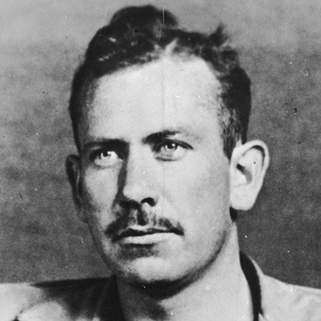 John Steinbeck in his younger years. One of his timeless novels is “The Grapes of Wrath.” Published back in the 1930′s, this fiction follows a grouping of families who take their chances in California as a result of the dust bowl disaster of Oklahoma.

years I occasionally connected Steinbeck with this observation of the San Gabriel Mountains, as observed along Route 66, the “Mother Road”, traveled by thousands and thousands of migrants migrating to California from Oklahoma’s 1930′s dust bowl.  Had I really read that?

Well, this morning, I found the passage just after finishing breakfast on this last day of March.  Here’s an excerpt from John Steinbeck’s novel, Grapes of Wrath, page 152 (Penguin Books, reprinted 1987).   Imagine yourself driving that asphalt two-lane heading for California and the unknown.

“Then out of the broken sun-rotted mountains of Arizona to the Colorado, with green reeds on its banks, and that’s the end of Arizona.  There’s California just over the river, and a pretty town to start it.  Needles, on the river.  But the river is a stranger in this place.  Up from Needles and over a burned range, and there’s the desert.  And 66 goes on over the terrible desert, where the distance shimmers and the black center mountains hang unbearably in the distance.  At last there’s Barstow, and more desert until at last the mountains rise up again, the good mountains, and 66 winds through them.  Then suddenly a pass, and below the beautiful valley, below orchards and vineyards and little houses, and in the distance a city.  And, oh, my God, it’s over.”

Steinbeck’s, “The Grapes of Wrath.” This page describes a portion of Route 66, the ‘Mother Road’, which travels from Chicago, Illinois to Santa Monica, CA. Page 152 makes a reference to the San Gabriel Mountains of Southern California as “the good mountains.” The next sentence reads “Then suddenly a pass, and below the beautiful valley…” This is the Cajon Pass and the following downslope Inland Empire towns such as Cucamonga, Etiwanda, Upland and more. 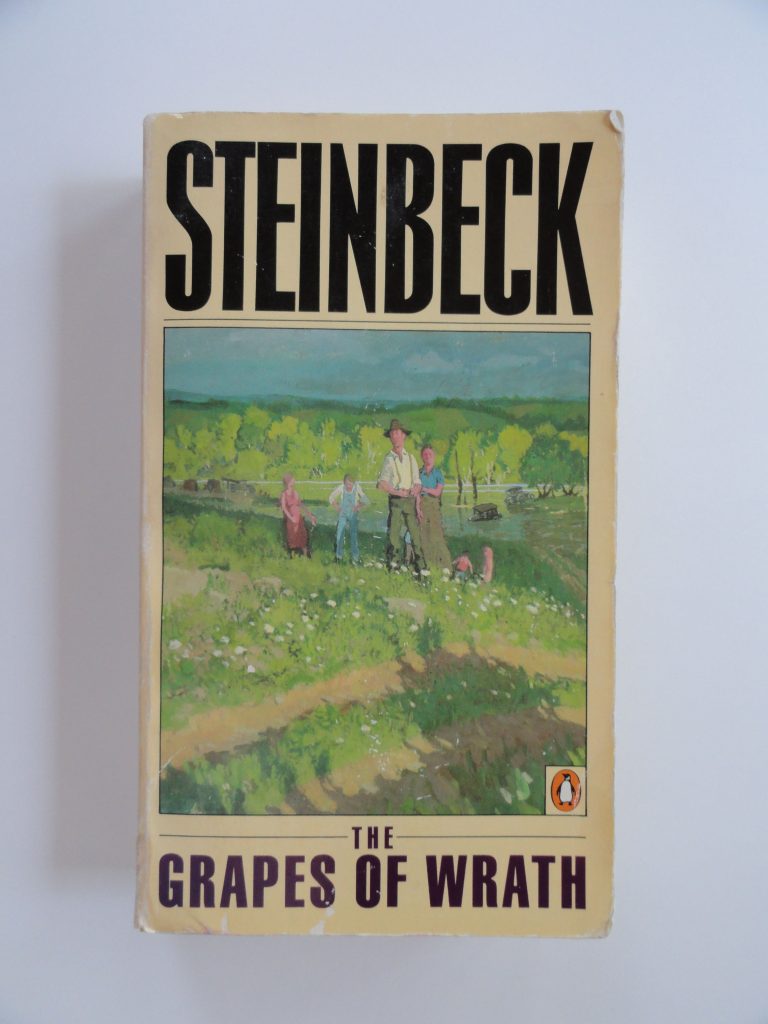 Cover of Grapes of Wrath by John Steinbeck. As you can see, this little book of ours has gotten a bit of wear.